8 Bad Work Habits You Find In Every Office 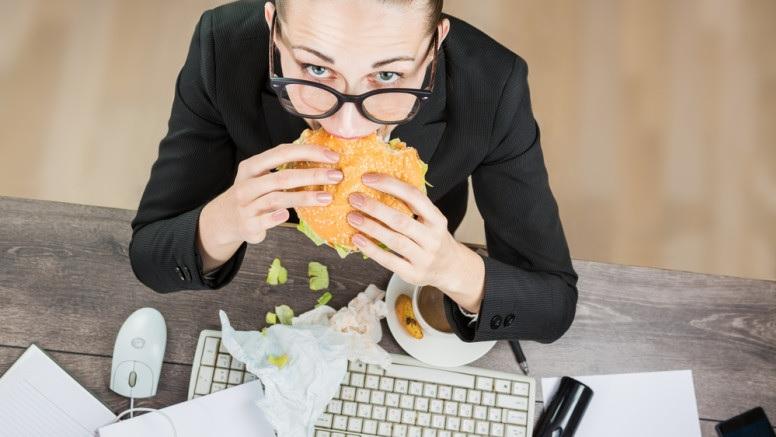 When working in an office, being around other people is part and parcel of the job, and with that comes a smorgasbord of quirks and idiosyncrasies displayed by your colleagues.

This might be something as simple as always bringing the same lunch or wearing headphones all day, but others can really push your buttons and annoy you.

We’ve put together some of the most irritating bad work habits and the most annoying people you’ll find in the office. We think everyone will recognise at least one of the people on here. And if you don’t? Then you’re probably one of them…

Many of us listen to music at work, whether on our phone through headphones or on the radio along with everyone else. However, some of us get a little too involved in the music and the rhythm just becomes too much to sit still.

The tapping, whether by foot, hand, pen, or anything else, is tolerable for all of about 4 seconds before making you want to hurl something pointy halfway across the office (obviously don’t do this).

This also applies to people who hum.

Having a deep and meaningful discussion? Enjoy it while it lasts if the interrupter is around. They’ll find a way of shoehorning themselves into any conversation, whether it’s about your end-of-year accounts, your latest order of office supplies or simply what you’re having for lunch.

Eventually you’ll get a sixth sense of when this person is going to interrupt and react accordingly, although you may well start to weigh up whether it’s worth starting a conversation in the first place.

Leaving the place a mess

We’re sure your desk is nice and tidy, but you inevitably know someone whose desk resembles a teenager’s bedroom. Drinks cans, old post-it notes, various pieces of old and/or broken stationery - you’ll find pretty much everything.

Read more: Why Cleaning Your Office & Computer Regularly Is Essential

Of course they’ll tell you it’s an organised mess and they know where everything is, but the truth is there could be a family of harvest mice living under there somewhere and they wouldn’t have a clue.

Most of us enjoy our food, even when it’s just a quick snack at our desks. However, some people enjoy their food a little more than others and let everyone else know about it.

It’s not fun for the rest of us having to listen to every bite, slurp, crunch and nibble. Apples, crisps and soup are particularly bad for this, so if you spy anyone about to eat any of these, it might be time to pop those headphones in for a while.

Sucking up to the boss

Every office has its resident sycophant. That person who loves absolutely everything the boss does, laughs at all their jokes and suddenly likes the things they like. They might as well bring in a shiny red apple each day.

This person is the subject of most of the office sniping at the water cooler.

This will usually be someone fairly high up in the company who spends a lot of time reading industry blogs and magazines.

During meetings you’ll hear all about using blue sky thinking and growth hacking to smash that glass ceiling and pick the low hanging fruit. You’ll probably have no idea what any of this means, but they’ll say it with such conviction and vigour that you have no choice but to go along with it.

Read more: Productivity Hacks - How To Have More Productive Meetings

A fun game is making up your own buzzwords when talking to them and watching them pretend to understand you.

We all get ill from time to time, and often we have too much to do to take any time off, no matter how terrible we feel. But it’s how we deal with such illness that’s important. Most of us will bring tissues and tablets, but all too often you’ll see people sniffling and sneezing all over their shirts sleeves.

Someone in the office will then claim there’s “something going round”, despite having no knowledge of anyone else being ill.

This person will gleefully accept a cup of tea whenever offered one but will neglect their own tea making duties. This is unforgivable and should be classed as gross misconduct.

What bad habits do you have in your office?